Nearly four thousand years ago in the Sumerian town of Ur lived a young man named Ibrāhīm. The people of the town primarily worshipped idols, however, there was once a time that they worshipped the true religion of Islam and Allah. These idol statues were made of wood, clay and sometimes even precious stones.

As a small child, Ibrāhīm could not understand how his people, especially his father, could handmake these statues and worship them. He always refused to join his people when they paid respect to these statues. Instead, Ibrāhīm would leave the town and sit alone, thinking about the heavens and the world about him. He was sure the people of Ur were doing wrong and so alone he searched for the right way. One night as he sat staring at the sky, he saw a beautiful shining star, so beautiful that he cried out:

“This must be Allah!” He looked at it in awe for some time, until suddenly it began to fade and then it disappeared. He turned away in disappointment saying: “I love not things that set.” (Qur’an 6.77)

On another night Ibrāhīm was again looking at the sky and he saw the rising moon, so big and bright that he felt he could almost touch it. He thought to himself:

“This is my Lord.” But it was not long before the moon set as well. Then he said: “Unless my Lord guide me, I surely shall become one of the folk who are astray.” (Qur’an 6.78)

Ibrāhīm then saw the beauty and splendour of the sunrise and decided that the sun must be the biggest and most powerful thing in the universe. But for the third time, he was wrong, for the sun set at the end of the day. It was then that he realized that Allah is the Creator of the Stars, the Moon, the Sun, the Earth and of all living things. Suddenly he felt totally at peace because he knew that he had found the truth. When he asked his father and the people of Ur:

“What do you worship?” They said: “We worship idols, and are ever devoted to them.” He said: “Do they hear you when you cry? Or do they benefit or harm you?” They said: “Nay, but we found our fathers acting in this manner.” He said: “See now that which you worship, You and your forefathers! Lo! they are all an enemy to me, except the Lord of the Worlds. Who created me, and He guides me, And Who feeds me and waters me. And when I sicken, then He heals me. And Who causes me to die, then gives me lift again And Who, I ardently hope, will forgive me my sin on the Day of Judgement.” (Qur’an 26.70-82)

One day, while all the townspeople were out, Ibrāhīm angrily smashed all the idols with his right hand except for one which was very large. When the people returned they were furious. They remembered the things Ibrāhīm had said about the idols. and had him brought forth before everyone and demanded:

“Is it you who did this to our gods, O Ibrāhīm?” Ibrāhīm replied: “But this their chief did it. Ask them, if they are able to speak.” The people exclaimed: “You know they do not speak. Do you worship what you yourselves have carved when Allah created you and what you make?” Ibrāhīm continued: “Do you worship instead of Allah that which cannot profit you at all, nor harm you?” (Qur’an 37.95-6) (Qur’an 21.66)

“Serve Allah, and keep your duty unto Him; that is better for you if you did but know. You serve instead of Allah only idols, and you only invent a lie. Lo! those whom you serve instead of Allah own no provision for you. So seek your provision from Allah, and serve Him, and give thanks unto Him, for unto Him you will be brought back.” (Qur’an 29.16-17)

The people of Ur decided to give Abraham the worst punishment they could find, he was to be burnt to death. On the chosen day, all the people gathered in the centre of the city and even the King of Ur was there. Ibrāhīm was then placed inside a special building filled with wood. The wood was lit. The fire soon became so strong that the people were pushed back by the flames. But Allah said:

The people waited until the fire had completely died down, and it was then that they saw Ibrāhīm still sitting there as though nothing had happened! At that moment they were utterly confused. They were not, however, moved by the miracle that had just happened before their very eyes. Still, Ibrāhīm tried to persuade his own dear father, Azar, not to worship powerless, un-seeing, un-hearing statues. Ibrāhīm explained that special knowledge had come to him and begged his father:

“So follow me and I will lead you on the right path. O my father! Don’t serve the Devil.” But Azar would not listen. He threatened his son with stoning if he continued to reject the gods of Ur. He ordered Ibrāhīm to leave the city with these words: “Depart from me a long while.” Ibrāhīm said: “Peace be upon you! I shall ask my Lord’s forgiveness for you. Surely He was ever gracious to me.‟ (Qur’an 19.43-7)

Imagine how terrible it must have been for him to leave his home, his family and all that he knew, and set out across the wilderness into the unknown. But at the same time, how could he have remained among people who did not believe in Allah and who worshipped statues? Ibrāhīm always had a sense that Allah cared for him and he felt Allah near him as he travelled. At last, after a long hard journey, he arrived at a place near the Mediterranean Sea, not far from Egypt, known today as Palestine. There he married a noble woman by the name of Sāra. Many years passed but Ibrāhīm and his wife were not blessed with any children. In the hope that there would be a child, and in keeping with tradition, Sāra suggested that Ibrāhīm should marry Hājar, her Egyptian handmaid. Soon after this took place, Hājar had a little boy named Ismā’īl. Sometime later Allah promised Ibrāhīm another son, but this time the mother of the child would be his first wife, Sāra. This second son would be called Isḥāq. Allah also told Ibrāhīm that from his two sons, Ismā’īl and Isḥāq, two nations and three religions would be founded and because of this, he must take Hājar and Ismā’īl away from Palestine to a new land. These events were an important part of Allah’s plan, for the descendants of Ismā’īl would form a nation from which would come a great prophet, who would guide the people in the way of Allah. This was to be Muhammad صَلَّى ٱللّٰهُ عَلَيْهِ وَسَلَّمَ, the Messenger of Allah.

From the descendants of Sāra’s child, Isḥāq, would come Musa and Isa. Ibrāhīm, Hājar, and Ismā’īl left Palestine and travelled for many days until finally, they reached the arid valley of Bacca (later to be called Mecca), which was on one of the great caravan routes. There was no water in the valley and although Hājar and Ismā’īl only had a small supply of water left, Ibrāhīm left them there knowing Allah would take care of them. Soon all the water was gone. The child began to grow weak from thirst. There were two hills nearby, one called Safa and the other Marwah. Hājar went up one hill and looked into the distance to see if she could find any water, but found none. So she went to the other hill and did the same. She did this seven times. Then sadly she returned to her son, and to her great surprise and joy, she found a spring of water bubbling out of the earth near him. This spring, near which the mother and child settled, was later called Zam Zam. The area around it became a place of rest for the caravans travelling across the desert and in time grew into the famous trading city of Mecca.

From time to time Ibrāhīm travelled from Palestine to visit his family and he saw Ismā’īl grow into a strong young man. It was during one of these visits that Allah commanded them to rebuild the Ka’bah, the very first place where people had worshipped Allah. They were told exactly where and how to build it. It was to be erected by the well of Zam Zam and built in the shape of a cube. In its eastern corner was to be placed a black stone that had fallen to earth from heaven. An angel brought the stone to them from the nearby hill of Abu Qubays. Ibrāhīm and Ismā’īl worked hard to rebuild the Ka’bah and as they did so they prayed to Allah to send a prophet from among their descendants. When Ibrāhīm and Ismā’īl were raising the foundations of the House, Ibrāhīm prayed:

When the Ka’bah was completed, Allah commanded Ibrāhīm to call mankind to pilgrimage to His Holy House. Ibrāhīm wondered how anyone could hear his call. Allah said, ‘You call and I will bring them.’ This was how the pilgrimage to the Ka’bah in Mecca was established and when Muslims make the pilgrimage today they continue to answer the age-old call of Ibrāhīm. 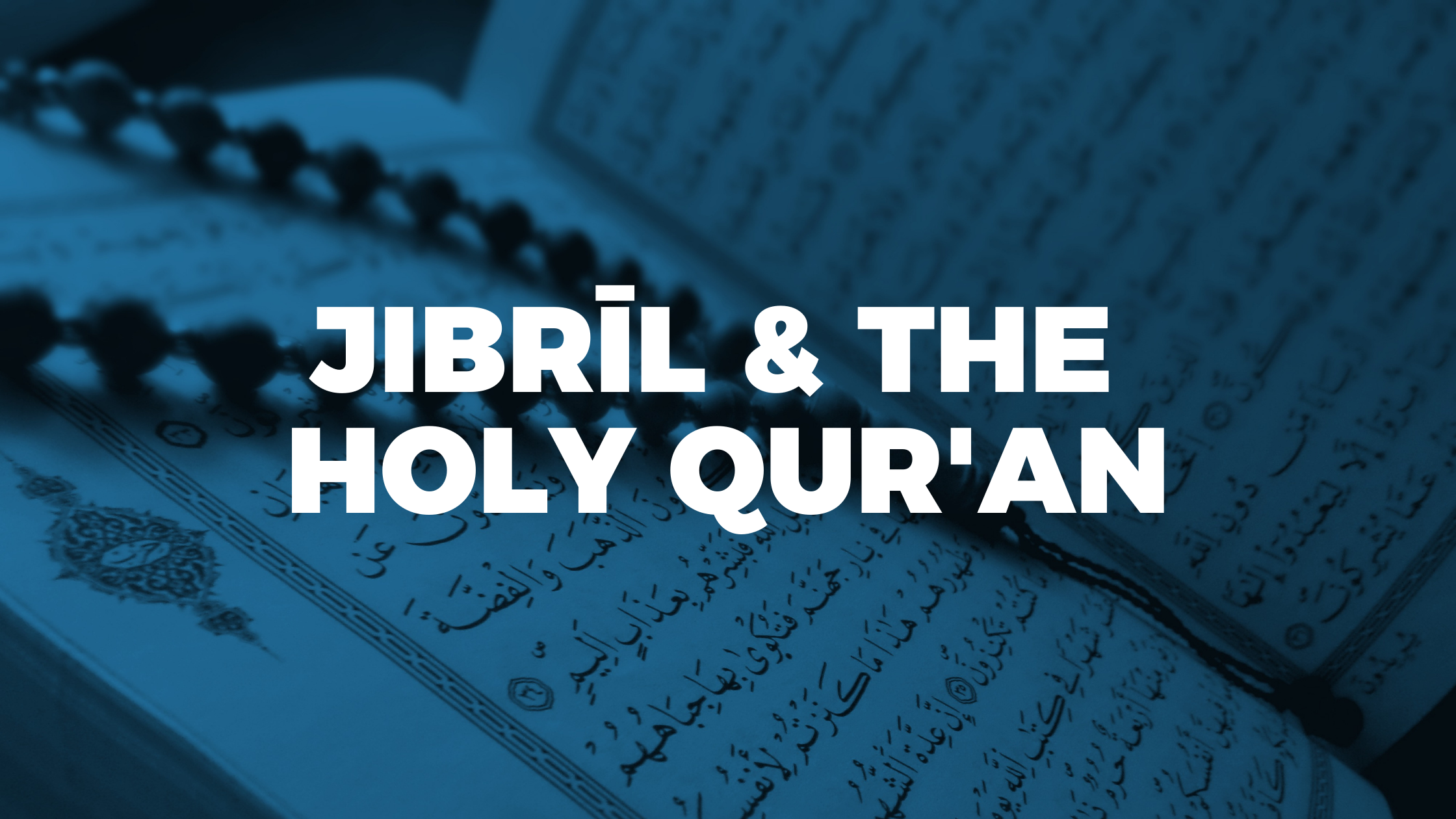 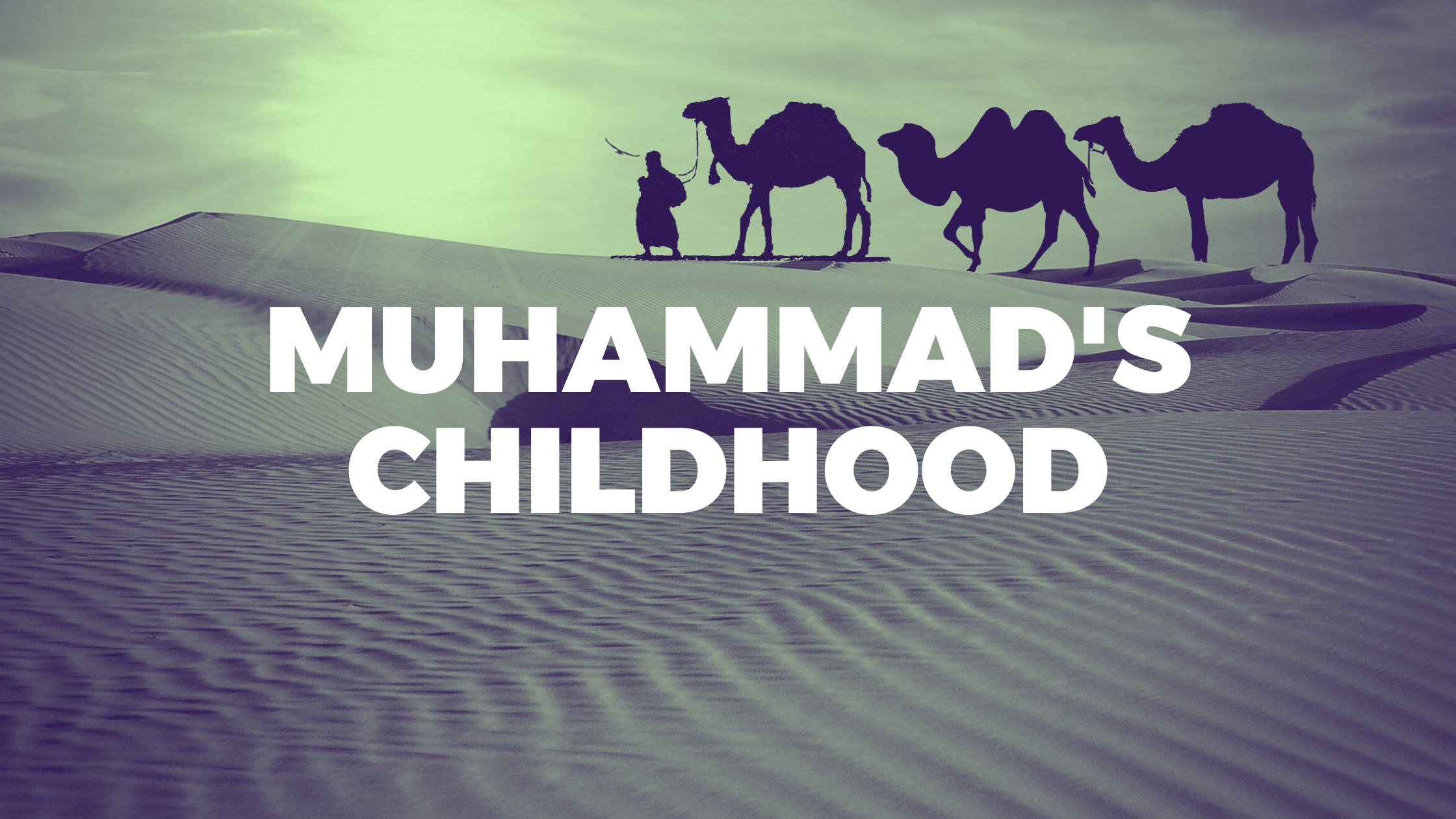